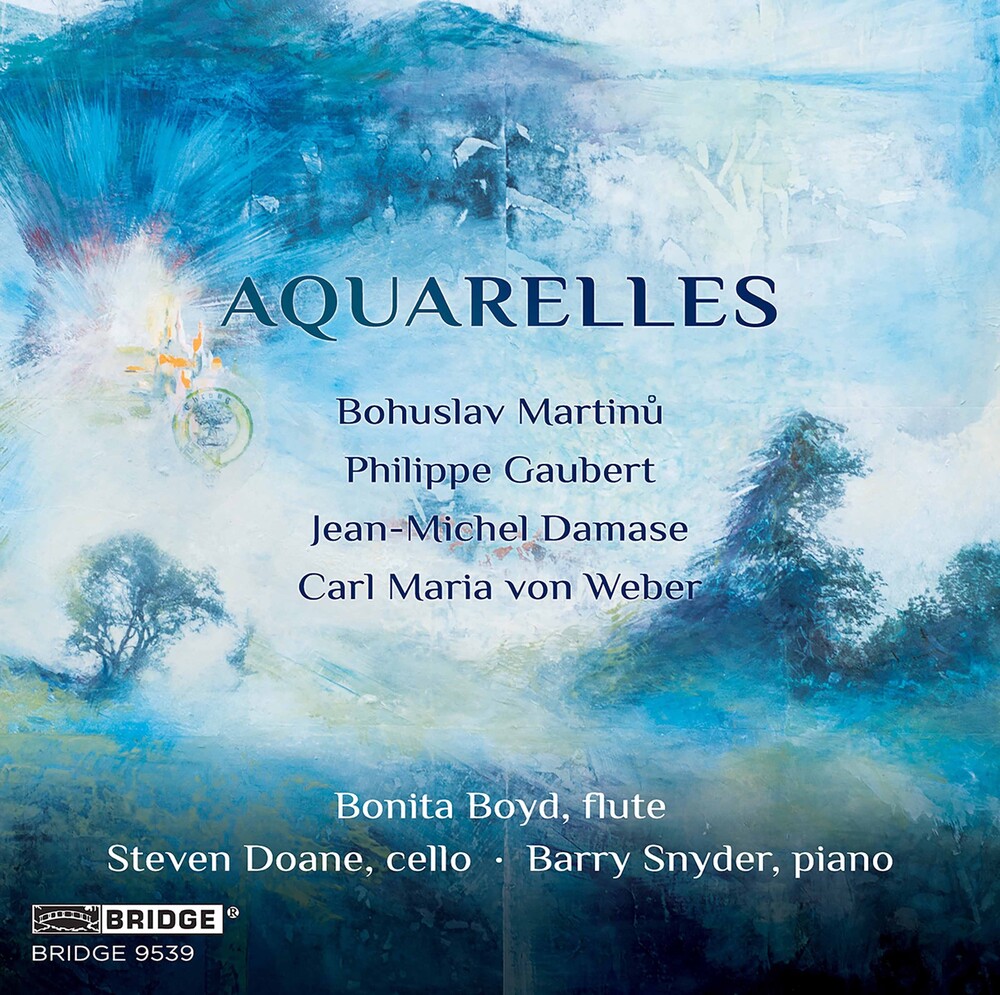 Aquarelles brings together three world class musicians- Bonita Boyd, Steven Doane and Barry Snyder, performing four classics from the flute, cello, and piano repertoire. Bonita Boyd began her career with the Rochester Philharmonic under David Zinman, becoming the youngest principal flutist of a major American orchestra. She is professor of flute at the Eastman School of Music, and is an active concert soloist throughout the world. Steven Doane and Barry Snyder have recorded extensively for Bridge, their recordings receiving rave reviews and awards from journals in the USA and Europe. The duo's recording of the complete music of Gabriel FaurĂ© for cello and piano was awarded the Diapason D'or in France, and has been broadcast throughout the United States and Canada, over the BBC in England, and throughout Europe. The second recording in the series, of works by Britten and Frank Bridge, was also released to critical acclaim.