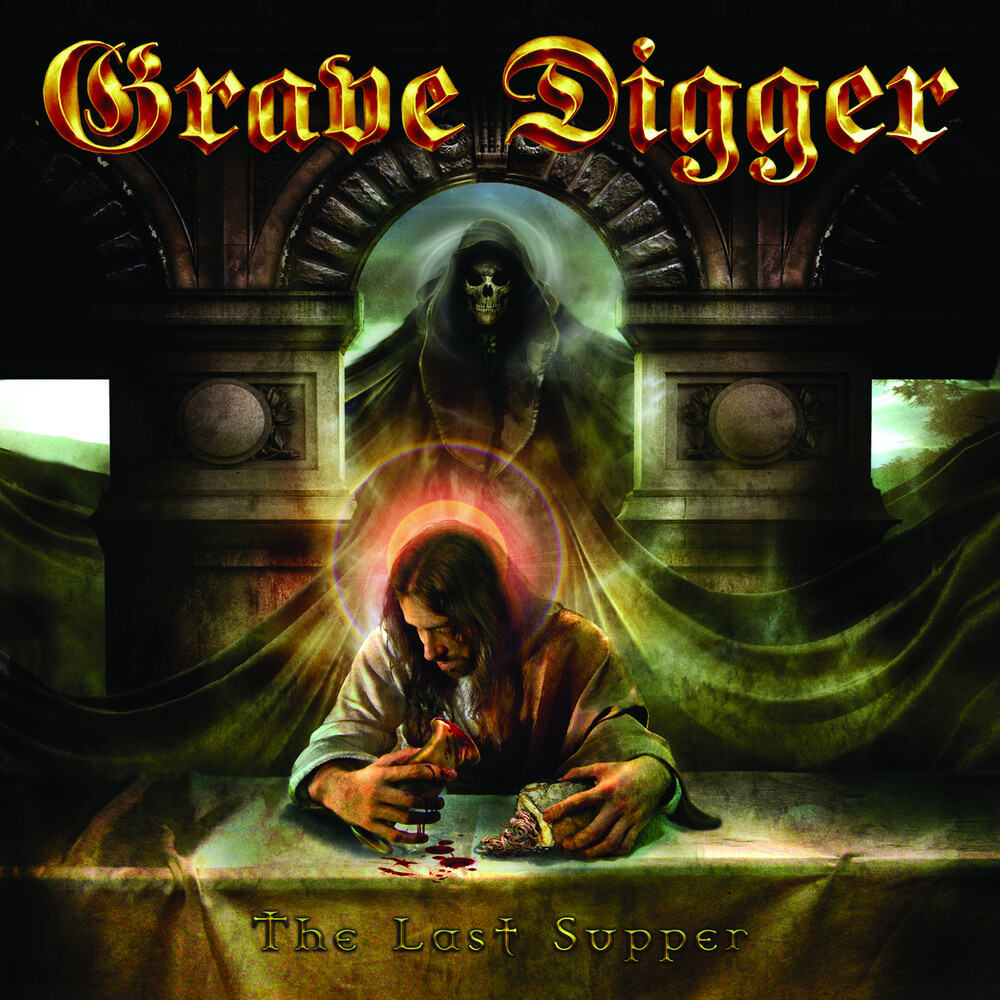 "The Last Supper", originally released in 2005, was the 12th studio album of the band. With a chart entry on #39 it was also the second most successful release in Grave Digger's career so far. The concept album deals with the last days of Jesus Christ. For the first time the internationally renowned artist Gyula Havancsak was responsible for the artwork. This re-release is the first to be released in a high-quality Digipak and contains exclusive new liner notes by Chris Boltendahl. The Last Supper is a big exclamation point (Rock Hard)Powerful double bass attacks dominate the battlefield, as do catchy melodies mixed with ingeniously worked out solos. [metal. De]It is nice that there are still such reliable heavyweights in the scene! [powermetal. #com]If you are looking for a high-quality heavy metal album of the finest German workmanship, you can get it here without hesitation. (burnyourears. De)With "The Last Supper", the guys have managed to create a grenade par excellence at the beginning of the year, which the rest of the industry will probably clench their teeth on throughout 2005.