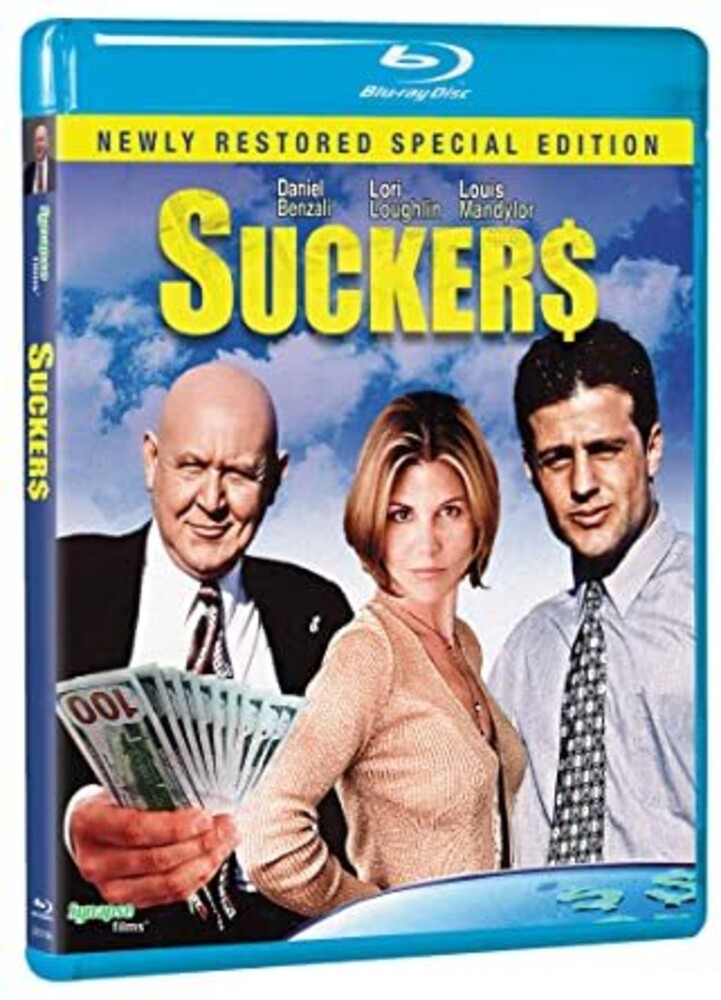 Daniel Benzali stars as Reggie, a pit bull of a car salesman who trains his crew to bilk customers out of as much cash as possible. Bobby DeLuca (Louis Mandylor) gets pressure from his wife (Lori Loughlin) to find a job at the dealership. Owing money to loan sharks and desperate for cash, Bobby reluctantly becomes an expert at screwing over his customers. Things go astray in Reggie's tightly-run venture when loan sharks call in Bobby's substantial debts. An award-winning indie cult hit directed by Roger Nygard (TREKKIES), SUCKERS is "a great movie that'll make you think twice before buying that next car." (The Dallas Morning News) "[It] has the macho punch of a David Mamet drama."(The Minneapolis Star Tribune) Included on the Blu-ray of SUCKERS is a Bonus Double Feature Presentation of SIX DAYS IN ROSWELL in an all-new 4K restoration, with it's own set of Special Features!