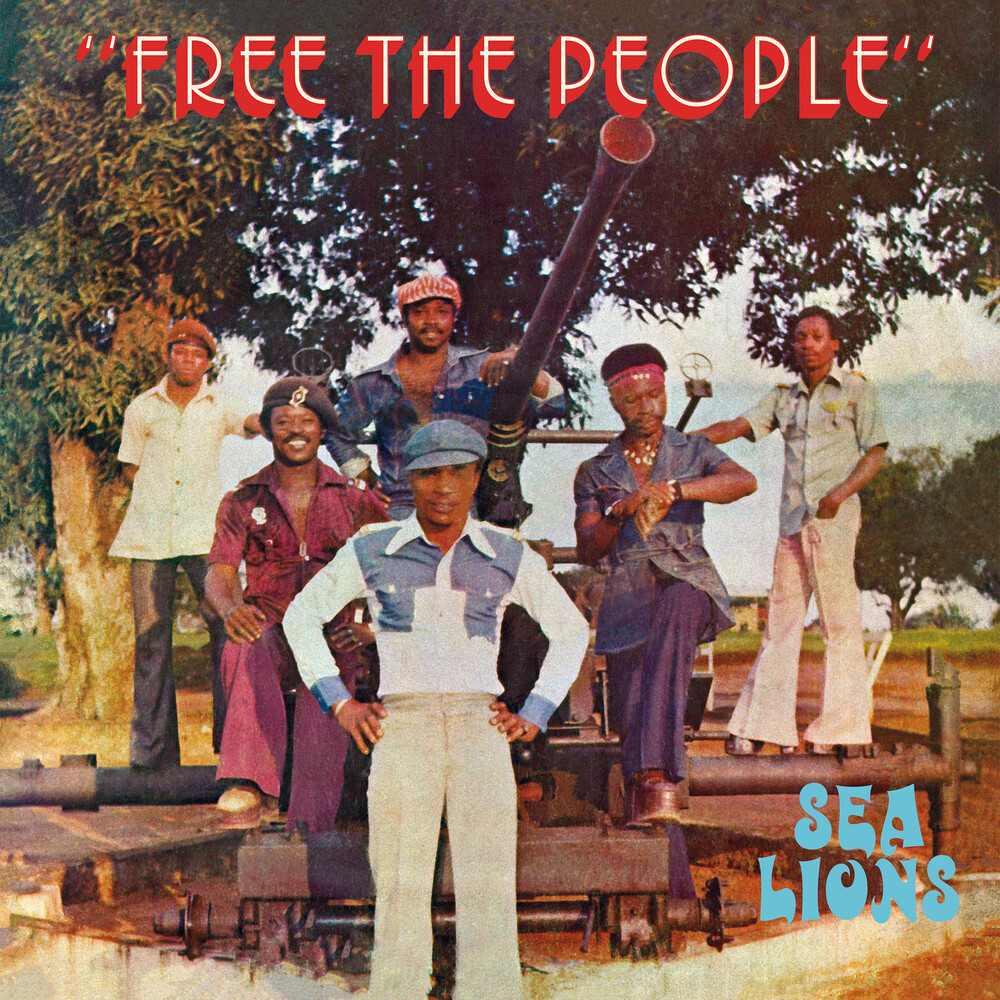 The year is 1978 and one hot thing from the musical underground is Reggae music from Jamaica, the USA or the UK, where most of the acts had musicians of Caribbean descent. Reggae had the groove, the rebel spirit, and the relaxed attitude all in one, to enchant a big part of the world's inhabitants. And while at least Jamaica as a relatively poor and so-called 'Third World" country proved to spawn Reggae acts of the highest quality, literally nobody dared to look further and dig deeper into the underground except of a few maniacs who were not satisfied with spinning Marley over and over again. And maybe they stumbled over the 1970s Afro Beat sound from countries like Zambia or Nigeria and then got interested. What did they find in the simmering metropolises of this still mysterious continent? Somewhere in Nigeria, they would have certainly caught a glimpse of mind-blowing performances of The Sea Lions, a six-piece group mixing the then hip Reggae and Afro Beat styles to generate fresh and furious music with a hypnotizing atmosphere. Polyrhythmic beat patterns build the foundation, the utterly fruitful soil for the heartwarming melodies wailed out by the guitars and the commanding vocals with their conjuring charm. Great organ work builds the link between the groove section and the melody instruments. You can imagine what a pleasant experience this band might have been live back in 1978 when their sole album 'Free The People" got released. And this album, of which copies in only good conditions already fetch prices of $450, while nice clean pieces might go up to $1200, lives up to the expectations one might have from watching a live show by the Sea Lions. The sound is vivid, transparent, powerful, and clean enough to make the music a real pleasure listening to, but earthy enough to present nothing but the band going wild here. The songs all have a similar pace, not too fast, but swinging and pulsating to spread their energy to and among the listeners. The melodies are simple but come from the depth of the heart. This feels typical for African 70s music and despite being kind of reduced, these melodies keep haunting you still even hours after the record been taken off the turntable and put back into it's sleeve. They bring images of an ever pulsating city by night, warm climate, palm trees, people at the bar, a witches cauldron of sounds, smells, voice, and pictures. And you feel the magic floating through the air while this groove will not let you go so easily. You can either dance your soul out to this ultimate reissue or you can sit down, listen and let the music tell you a story of the dark corners of the big city, the narrow alleys that lead you into a boiling labyrinth of mystical dreams. And in songs like 'You Can Make It If You Try" you will find the whole magic of the African world, a world so fascinating for us Europeans but still so unapproachable in some ways and dangerous for the weak. Do not try to resist, this is your pleasure. Grab a copy and the Sea Lions will carry you off to their place. I haven't heard such a killer Afro Beat and Reggae album with songs this exciting and wild in a long time. If you equally love Peter Tosh, Bob Marley, Segun Bucknor, and Fela Kuti, look no further. Here is the spiritual essence of all these great artists merged into one giant act.