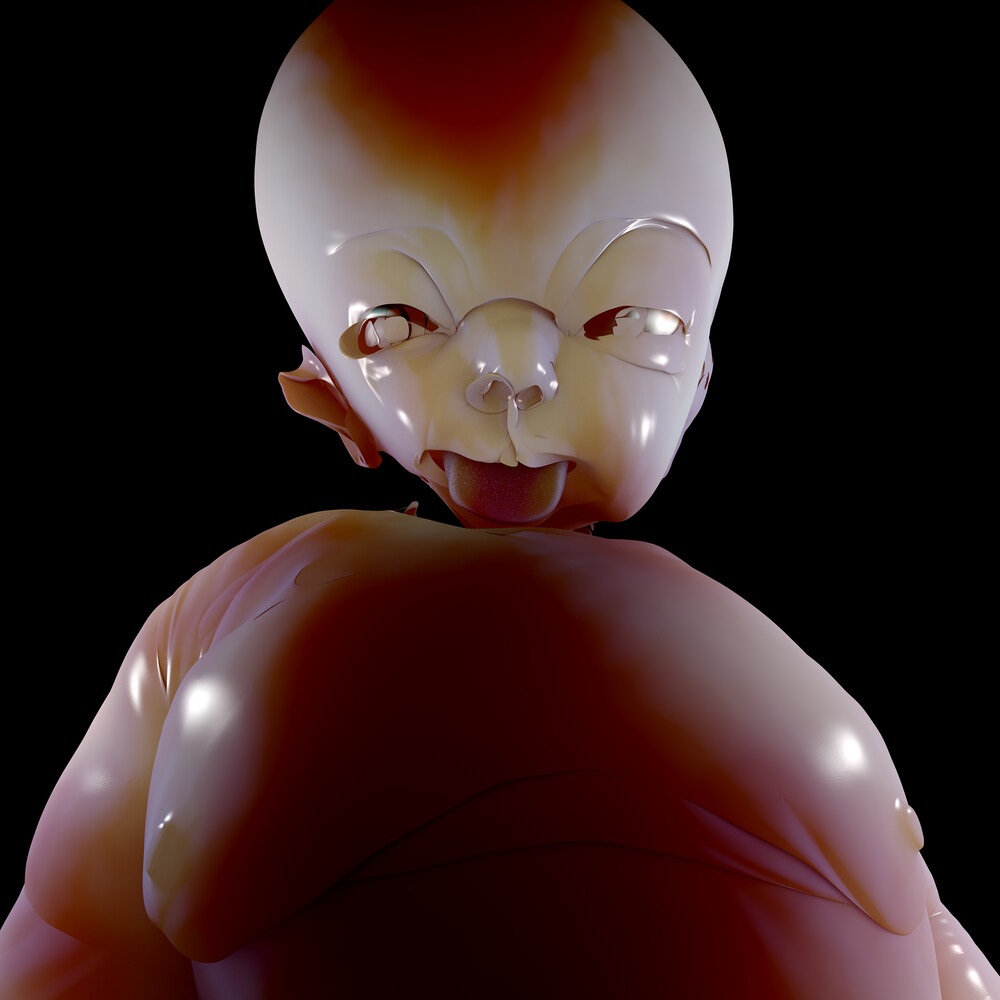 For anyone who can remember, Arca's &&&&& was a moment. It's 25-minute stretch of coiling, contorted grime and glitch; dub and hip hop dropped with the buzz of an impending co-production credit on Kanye West's Yeezus in 2013. It included cuts of sound and beats that were too weird for that pop project, while becoming a piece of experimental art that what would come to define what is by now broadly known as a 'post-club' sound. It's music that is as visceral as it is experimental; made as much for the mind, as it is for the body.Released with no warning seven years ago, &&&&& became a bridge between Alejandra Ghersi's time partying and collaborating with her queer peers, while still living in New York to the next stage of her career releasing on Mute in London. She'd go from making beats for rapper Mykki Blanco and fashion label Hood By Air, posting lurching bass reworkings of pop hits on YouTube, and producing her first fluid mixtapes with DIS Magazine, to finishing off this seminal mixtape on the synths in Daniel Miller's studio.After dropping three impressive EPs the year before, &&&&& marked a transition. Continuations and extrapolations of material from Stretch 1 and Stretch 2 appeared in the mangled RnB sam- pling of "Century" and Arca's signature vocal layering in the pitched flow of "Waste". Along with the fluttering, muted heartbeat of "Obelisk", and the lumbering piano chords of "Mother", fourteen sonic sketches were elegantly woven together into a single, downloadable whole.As Alejandra's course turned toward moving to Europe from the United States, &&&&& became a remarkable challenge to the form of the mixtape, which was a relatively new trend taking hold of the online-oriented underground at the turn of the 2010s. But where many, if not most mixtapes where treated simply as a showcase of individual tracks presaging a more 'official' release to come, &&&&& was a complete piece in it's own right. "I wanted to make something that was my best work," Alejandra says about a record that has stood the test of time, "I listen to it very fondly today."Now, with the lifespan of the Arca project nearing a decade, Alejandra has entered a new era of 'non-binary pop' with her fourth album, KiCk i, out on XL Recordings. It's more important than ever to look back while forging ahead, and &&&&&'s ground-breaking hybrid dance music is a good place to start:"A sense of possibility, a sense of the unknown; punk attitude, respect for classical music and formality; cyberpunk, anime, sexual tension; trauma, innocence, fear of death; kink, lots of weed, and wanting to connect with people, but not on the terms of a status quo. That kind of sums up &&&&& for me."