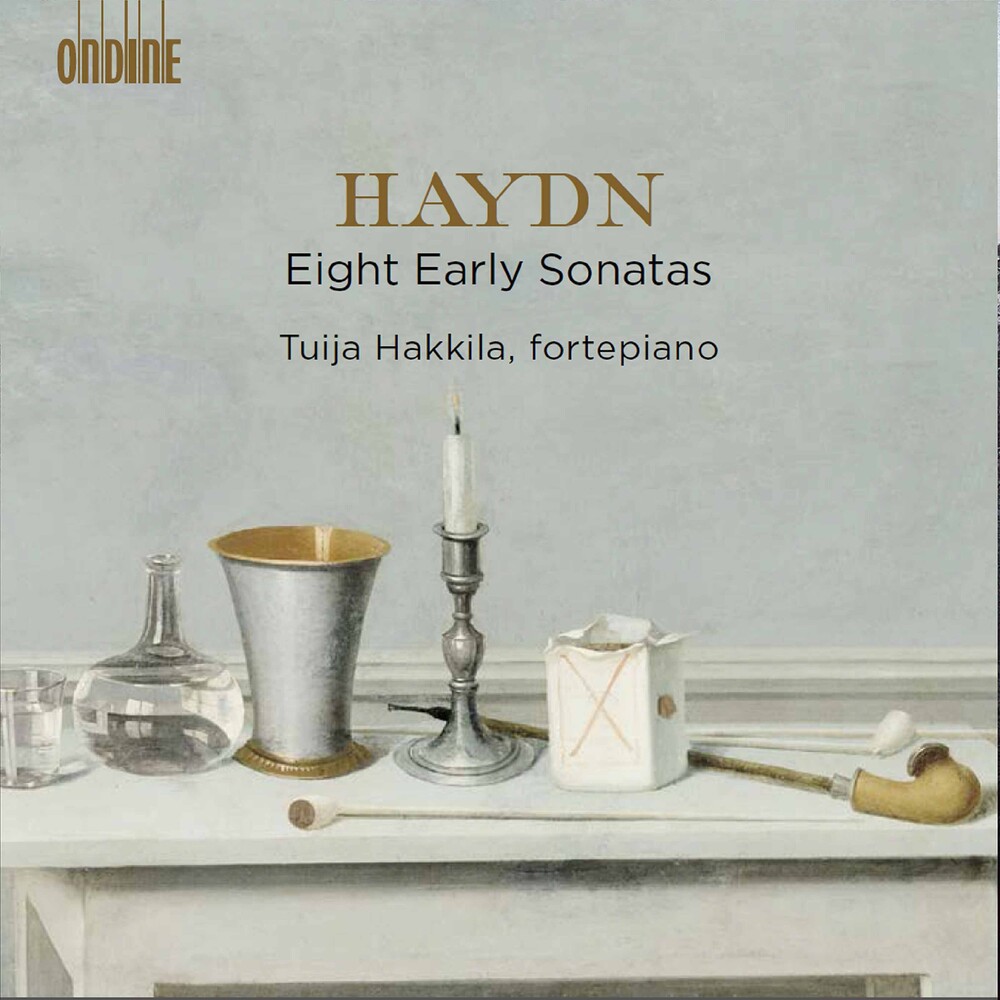 An album of Joseph Haydn's (1732-1809) eight delightful early keyboard sonatas by Tuija Hakkila performed on two fortepianos. The current consensus is that there are about 60 surviving authentic Piano Sonatas by Haydn, while contemporary sources point to as many as 80. The earliest of these probably date from Haydn's youth in the 1750s; the last one was completed in summer 1795. Some of the lost Sonatas are works that Haydn simply gave away as a young man, and they have never been heard of since. In mid-18th-century Vienna music was mainly distributed in the form of manuscript copies made by copyists. Haydn did not publish his first collection of six Sonatas until 1774. Of the Sonatas selected for this project, Haydn wrote all of these over a period of about 15 years before his 40th birthday. Hakkila has selected an Italian-style instrument for two Sonatas (E major and G minor), a copy of a Gottfried Silbermann fortepiano. J. S. Bach probably owned a Silbermann fortepiano. The hammer mechanism in the instrument resembles that of the early instruments of Italian instrument builders Bartolomeo Cristofori and Giovanni Ferrini. In six Sonatas (G major, A major, A flat major, D major, E minor and C minor) Hakkila uses her own original 1790s instrument, a five-octave Viennese fortepiano similar to the ones built by Anton Walter. The maker of this instrument is unknown, but it is known that it was sold to Finland in the early 19th century by the Bureau de Musique in Leipzig, a company owned by composer Franz Anton Hoffmeister, who was an acquaintance of Haydn's.