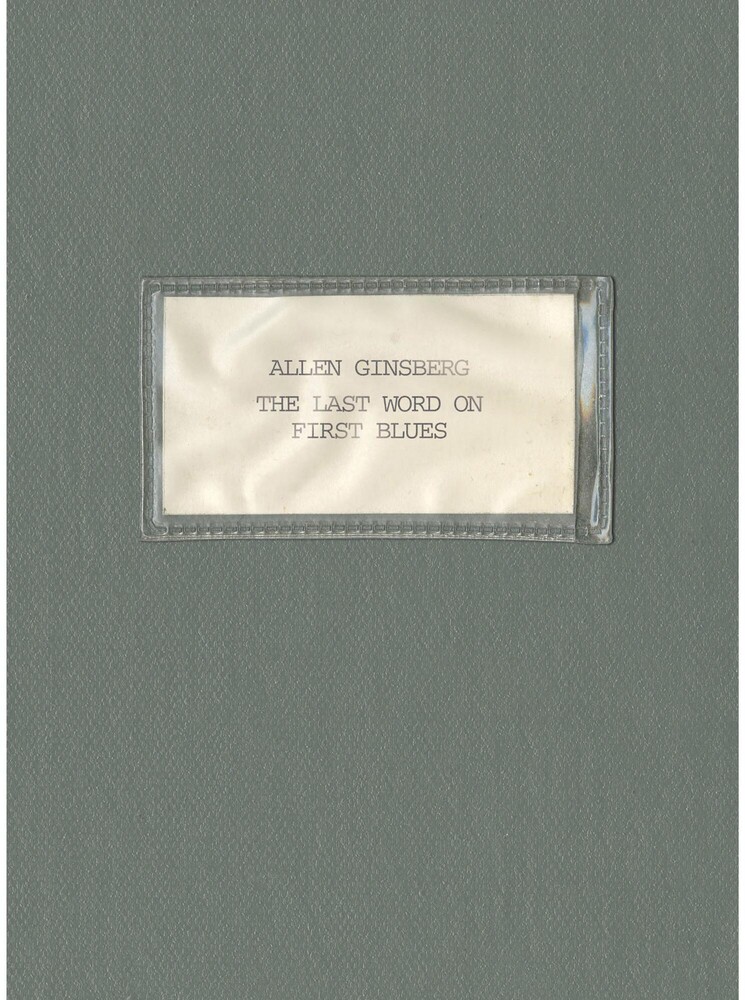 EXPANDED SET OF GINSBERG AS A SINGER/SONGWRITER! Internationally revered as a Beat Generation spokesman—Allen Ginsberg’s poetry is an iconic part of the counterculture spanning decades. His 1956 epic poem “Howl” inspired the songwriting of Bob Dylan (and others), as well as the 1960s hippies. Punk rock also claimed him as an influence—including recording with The Clash on Combat Rock. In 1971, Allen called on Bob Dylan to record a slew of songs: political, gay rights, and just plain wacky! Along for the ride was Jack Kerouac’s musical partner David Amram, Happy Traum, and a young avant-garde cellist; Arthur Russell. Allen was lyricist, composer, and lead vocalist!

These 1971 recordings remained dormant until 1983 when they were released as First Blues—coupled with 1976 sessions produced by Columbia Records exec. John Hammond, and 1981 sessions. Along the way, Beat Generation legend Peter Orlovsky and Rolling Thunder Revue sideman David Mansfield joined the festivities too. First Blues has become a cult classic—Omnivore Recordings is proud to reissue that, plus much more, as The Last Word On First Blues—a deluxe package, this 3-CD set contains the original double LP, plus 11 previously unissued songs from 1971 and 1981 sessions, plus demos and live recordings including Dylan and/or Arthur Russell and even a cameo by Don Cherry on kazoo! There’s a full color 28-page booklet of rare photos, writings, and drawings from Ginsberg’s Archives, an essay from set producer Pat Thomas, featuring interviews with original participants. Mastering and restoration was handled by Grammy® winning engineer, Michael Graves. Upon the album’s 1983 release, John Hammond stated “I recorded Allen in 1976 but Columbia Records refused to issue the results, considering the songs obscene and disrespectful. I am thrilled to finally be able to present Allen . . . I will present “disrespectful” music like this as often as possible.” While today’s political right try to limit artistic expression, here is the pioneer of free speech—the mystic Beat poet doing what many forgot he ever did; singing with the most acclaimed songwriter of the rock era: Bob Dylan as well as mentor the work of the late Arthur Russell. The Last Word On First Blues is not only a definitive cultural artifact; it will destroy the best minds of those who hear it.