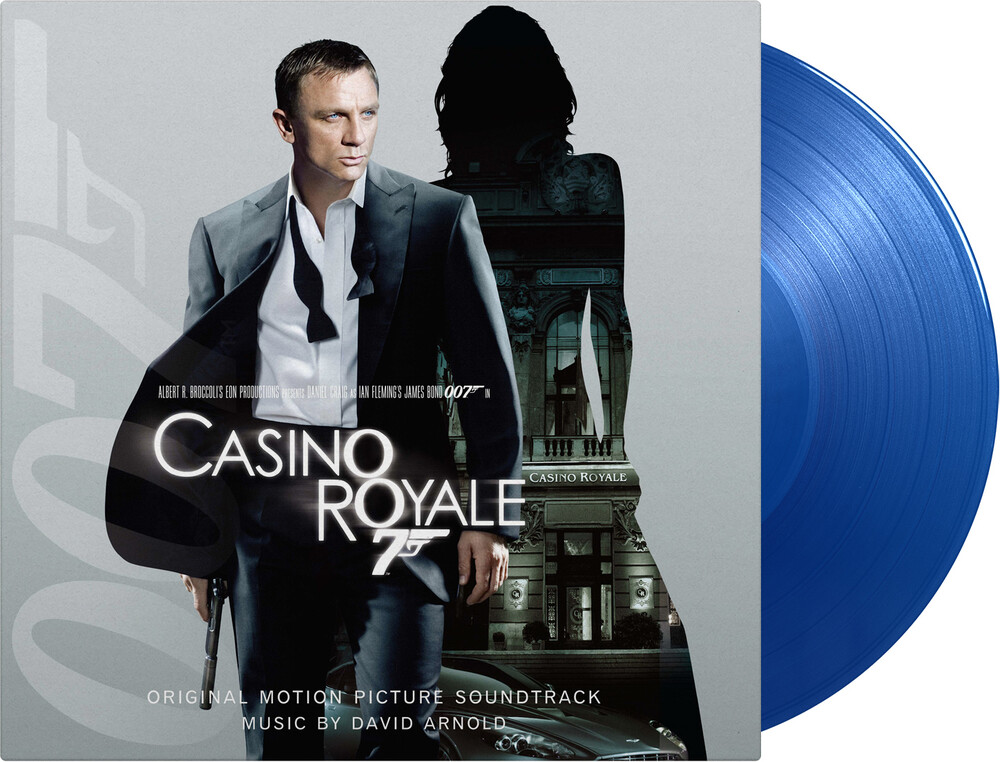 The soundtrack to the 2006 film Casino Royale was composed by David Arnold and is Arnold's fourth soundtrack for the popular James Bond movie series. Frequent collaborator Nicholas Dodd orchestrated and conducted the score. The traditional James Bond Theme builds throughout the film before appearing in it's full form over the end credits as track 25, 'The Name's Bond... James Bond'.Casino Royale takes place at the beginning of Bond's career as Agent 007, as he is earning his licence to kill. The plot has Bond on an assignment to bankrupt terrorist financier Le Chiffre in a high-stakes poker game at the Casino Royale in Montenegro; Bond falls in love with femme fatale Vesper Lynd, a treasury employee assigned to provide the money he needs for the game. The film begins a story arc that continues in the 2008 film, Quantum of Solace.Available on vinyl for the first time as a limited edition of 2000 individually numbered copies on translucent blue vinyl. The package includes a large movie-poster.